this is your day 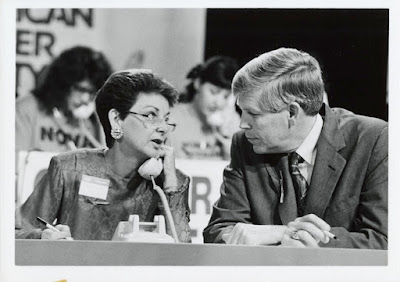 Today is National Cancer Survivors Day.  There are more of “us” every year and this is certainly something to celebrate.  Though we certainly shouldn’t lose sight of the fact that there is more to do and a long way yet to go.

Still, there are many good stories. And much to be grateful for.

I survived a melanoma – the kind of cancer that killed my brother – because, as I write in my book, the

… cancer had been detected in time, and the treatment, which had amounted to barely more than an inconvenience, had been successful.

Even if I hadn’t been a believer in early detection and treatment before, I surely would have been now.

I became even more of a believer a few months later. I had been on a rafting trip through the Grand Canyon, having the time of my life, and when it was over and I got home, Priscilla met me at the door. Later on, she would tell me that she had rehearsed how she was going to ask me to tell her all about the trip and pretend to be excited by my answers. And then, when that conversation was done, she would tell me, very calmly, about her news.
But she couldn’t stick to that plan. Her news was just too big, and she had been holding it in for too long.

I was stunned. That news hit me harder, by far, than the call I’d taken during the briefing at Moffitt. I thought, right away, that this meant I was going to lose her and that I’d be alone.

I go on, in the book, tell the story of Priscilla’s treatment, recovery, and how, where she had always been a very private person

Five years after she was diagnosed, she was chairman of Washington's National Race for the Cure, and she appeared onstage, at the Mall, in front of maybe sixty thousand people. Kellogg was a sponsor, so the character Tony the Tiger was up on the stage with her, and they did a little dance together. So I suppose you could say that she wasn’t shy about appearing in the public any longer. She emceed the entire event. There was no stage fright that anyone could see while she was up there making those introductions, dancing to the music of “I Will Survive” and generally having a ball.
And she was always willing. When people asked her to come speak and to help raise money, the answer was invariably, “Yes.” Most of her appearances were in Florida, which meant that she would get on the auto train and go back down there and drive to Orlando or Tampa or Miami . . . wherever. I would stay home, meanwhile, and make pasta for my dinner.
She raised a lot of money and touched a lot of lives. People around the state recognized this and appreciated her hard work. She was given the Don Shula Foundation's Wedgwood Tribute to Courage Award in a big celebrity gala at Joe Robbie Stadium. And she participated in a panel of cancer survivors that was moderated by my new friend, Sam Donaldson. She was terrific. Honest and straightforward, speaking plainly from the heart when she told her story and urged women to do as she had done, because self-examination and early detection had saved her life.

In the  photograph at the top of this post, Priscilla and I are working the phones as part of the effort to raise money for the war on cancer.  And you can read the whole story in the book, which is available in digital on the home page.  And can be ordered here. 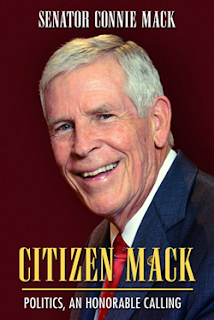 Jean Kennedy Smith r i p I met with her when she was U.S. Ambassador to Ireland and I was in the country, helping to negotiate a cease fire and framework for peace between the rival factions in what were called, euphemistically, as "the troubles." Here are my recollections of that meeting, from my book Citizen Mack : When I left Belfast, I went to Dublin, where I had another experience in peaceful coexistence. I was scheduled to visit the US embassy there and spend time with the ambassador, Jean Kennedy Smith, who was, of course, a member of the Kennedy political family. It seemed unlikely, to say the least, that I—a conser- vative Republican senator from a Southern state—would be able to bond in any way with her. I expected the visit to be strained and formal and that it would seem to drag on forever. Well, the spirit of reconciliation must have been in the air. After I was introduced to the ambassador, we began a bit of awkward small talk and before
Post a Comment
Read more
Speaker Newt Today is the birthday of one of the more memorable leaders and friends from my years in politics.  He engineered the Republican takeover of the House in 1994.  Something that political insiders and experts considered impossible.  But he did it and went on to lead the Republican Revolution.  His energy is boundless and as they would say in his native state of Georgia, "there is no quit in him." Here is a passage from my book Citizen Mack that might give you a sense of the man: …… there may not have been anyone in the modern history of the House of Representatives who was more committed to doing very big things than one Newton Leroy Gingrich of Georgia. His goals were simple enough: first, become the majority party, then repeal most of the work of Lyndon Johnson ’ s Great Society and a lot of Franklin Roosevelt ’ s New Deal. And, in the meantime, win the Cold War and halt the march of communism.  Senator Mack's new memoir, titled 'C
Post a Comment
Read more
Great Man, Great Speech remembering Ronald Reagan and The Boys of Pointe du Hoc Today (June 5th) is the anniversary of Ronald Reagan's death in 2004. He was President during the three terms I served in the house (1983 – 1989) and he was the kind of leader who comes along rarely and, for some reason, when American seems especially to need one like him. He had many gifts and we remember, especially, that one for language, rhetoric, and speechmaking.  One of his most memorable speeches was the one he gave commemorating the 40th anniversary of D-Day.  The title of that speech was The Boys of Pointe du Hoq.     The anniversary of D-Day is Saturday, June 6th.  That speech is very much worth revisiting.  As Ronald Reagan is very much worth remembering.  I am still proud to think of myself as a Reagan Republican and for playing my part in the Reagan Revolution which was, fundamentally, about celebrating and defending freedom. Photo Wikimedia
Post a Comment
Read more